NOTE: Due to new laws prohibiting transaction in cash for cars, we now accept either bank transfer or cheque.

Disclaimer: We will not be held responsible for incorrect bank details sent to us. 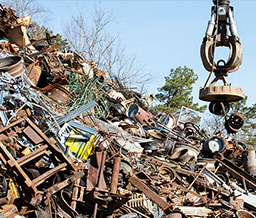 A new car battery can be rather expensive, especially if you have to dish out all of that money unexpectedly when your car battery dies well before payday. We definitely understand that horrible, gut-wrenching feeling of having to spend a fortnight’s wages on keeping your vehicle alive while you still have the rest of the month to survive.

Well, the good news is that there actually is a way because most car batteries give you quite a few warning signs that will tell you when your battery is going bad. If you pay attention to the following signs you will have enough time to save up for a new car battery and you won’t have to deal with any unexpected car battery surprises.

Your Car Battery Is Older Than Four Years

The average life expectancy of modern car batteries is just about four years depending on where you live, how you drive and the condition of your vehicle’s charging system. In particularly hot areas like here in Australia, most car batteries give out after about four years of use where those living in cooler areas can get a year or more out of the same car battery. If your cars charging system isn’t functioning well it could put too much strain on your battery and you could get even less than four years from your battery.

Those who drive a lot and especially vehicle owners that only travel short distances can expect less durability from a car battery than those who only travel longer distances. If your car battery hasn’t been replaced in four years’ time then it is high time for you to start saving up for a new battery.

Your Car Startup Is Irregular

If your car is starting up just fine one day and struggles to start up the next then the battery might be to blame. It could be that the battery isn’t charging as well on some days and might be on its way out.

You’ve Had to Jump Start Quite A Few Times

Everyone forgets to switch off the lights from time to time and needing an occasional jump start is only natural. But if you have been jump starting a lot, perhaps more than three times in a single week, then your battery is definitely close to death.

The Battery Dies When Sitting With the Engine Off

Your car will automatically charge your battery as you drive but cannot do so if the car is switched off and you are using the battery for lighting or for music. If your battery dies after 15 – 30 minutes of accessory use then it is probably time to start saving up.

Never Dump Your Car Battery into the Trash

It is important to never dump your old car batteries into the landfills. These batteries consist of lots of acids that are damaging to the environment and they also contain lots of elements such as lead that can be recycled into new products.

If you bought a new car battery then is sure to hand your old battery in at Danny Scrap Metal in Melbourne. We will buy your old car battery from you so you can buy a new one with ease and especially so these toxic acids and metals won’t end up polluting the earth. All car batteries we buy are put through an eco-friendly recycling process and handled with care by our auto experts.